On 22 Feb 1944 a fleet of more than 700 aircraft set out for Gotha in Germany.
The goal is a factory where Messerschmitt aircraft are built.

Aircraft take off from three air force bases put on the map below.
The 453 Bomber Group 733 Squadron takes off from Old Buckenham with in between the Ginnie, the plane we are talking about.

In total there are 799 Aircraft in the sky that day.

A 41 Bombers and 11 Fighter aircraft did not return to their base and almost 500 men were killed or missing that day.

It goes wrong at the departure if all bombers must gather above England to fly to the target together.
The cloud cover that day is extremely high and soon the planes lose each other, partly due to inexperience of many Pilots and navigators.
With minimal training, people were sent out over enemy territory, and it was almost imperative to end the war.
The Aircraft are on their way to Germany when around noon they are again informed of dense fog above the target, a mission 4 days before that had already been canceled.
Flying in vain to Germany is out of the question for the command center, and the crews are instructed to drop their load on alternative targets where some cities and military targets close to the border of the Netherlands.

The mostly inexperienced crews who were already close to the target did not see these new targets either and were instructed to choose one themselves.
This turned out to be a fatal mistake, because in the meantime they had passed Gogh and Cleef, which were new alternative goals, and had not seen them because of the fog.

In the meantime, people had drifted across the border again and threw the bomb load above Nijmegen, Arnhem, Enschede, and Deventer.
The Ginnie was above the Volkenrak at that time and was somewhat drifted from the rest of a group of Bombers, attacked by German Focke Wulf 190 Fighter Jets.
These Fighter Aircraft took off from Cormeilles-en-Vexin Airport near Paris and fly in 30 minutes to the Netherlands.


With 8 of these types of Aircraft, the Germans go full attack and the B-24 defends itself.

Around 12.20 there is a chance to take down the Ginnie, and with full bomb bombs it falls into the Volkenrak.
At the impact, the Aircraft fully collapses, the bombs explode immediately.

A little later an FW 190 makes a belly landing in the Koningsoord on the Stelleweg.
Herbert Huppertz, Gruppen commander or III./JG 2 lands with a belly landing.
The registers report that he “was shot on February 22 in his FW 190 A-7 in an aerial battle with USAAF four-engine Bombers.”
It was also reported that he had crashed in the swamps of Dinteloord, we will also find a way to describe Koningsoord but say so.
The Schorre were just over the dike, it could also be that the Germans had difficulty with the wet clay from which this description.

Huppertz was a man who had brought down 78 opponents at the end of his career, and a very experienced pilot.
It is quite possible that the crew of the Ginnie took him down, because the planes did not land very far apart.
But there were more Americans in the air and that day they also do a lot of damage on the German side.
Together with the American Hunters P-47 and P-51, 4 German Hunters were shot down here, and a total of 53 German Hunters went down that day, which was a serious blow to the Germans.

Other American planes see, according to American logbooks, that the Ginnie was attacked by German fighter aircraft and crashed into the Schorren on the outskirts of Dinteloord and De Heen with a huge explosion.
However, 1 Focke Wulf 190 also crashes at Oude Tonge, where the pilot with parachute is drowned in the water at Zijpe.
1 FW 190 lands at Barteweg in Oud Gastel and bumps into a tree when the Pilot is killed.
Fragments of this aircraft land in different places.
Finally, another FW 190 crashed, of which we believe parts are in Dinteloord and parts in Steenbergen, we are still investigating this. See the page Focke wulf 190-7 elsewhere on our site.

The men of the Ginnie have their final resting place there, on the Schorre, on Staff / Sergeant. Richard C. Anderson.

His body was washed ashore at the Dintelsas and buried on 10 June 1944.

Anderson was the tail gunner on board, and because he was far from the nose, he is the only one of whom something has been found.

The rest of the crew found a final resting place on the Schorren of De Heen / Dinteloord in the Volkerak.

A fitting monument for these heroes and all other pilots who gave their lives for our freedom is the least we can do to continue to commemorate their sacrifice.

Below the photos of these heroes who fought for our freedom. 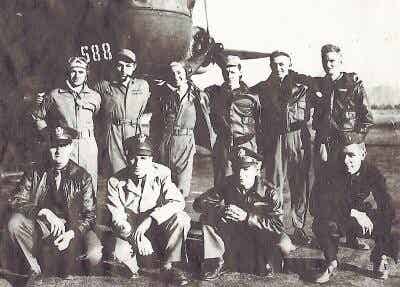 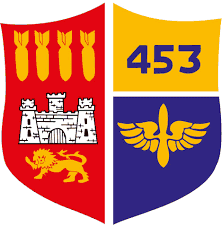 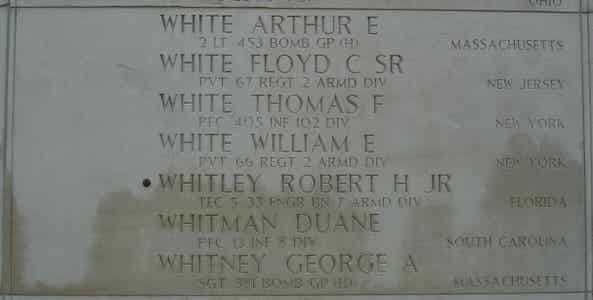 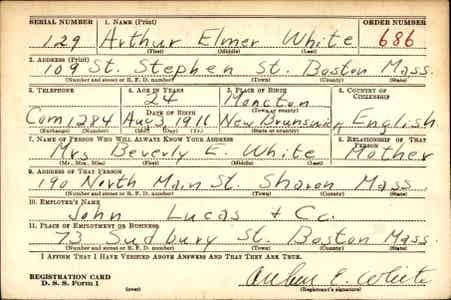 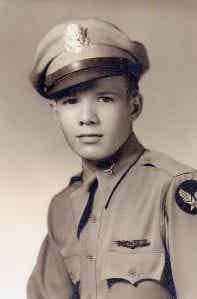 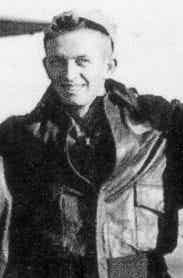 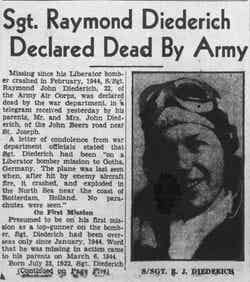 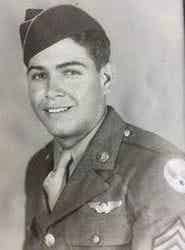 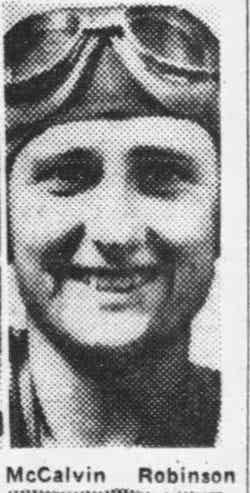 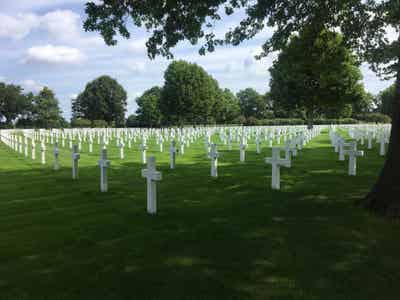 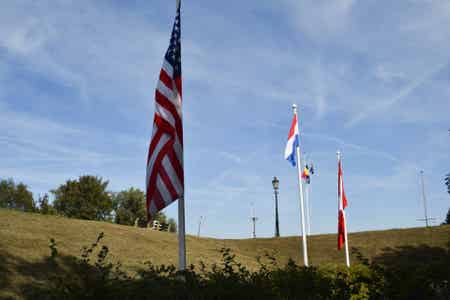 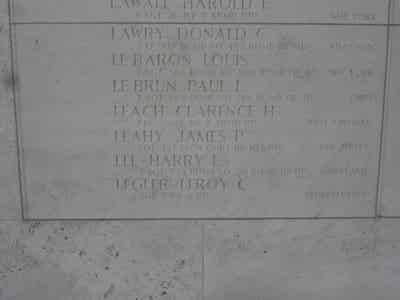