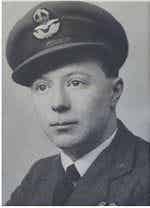 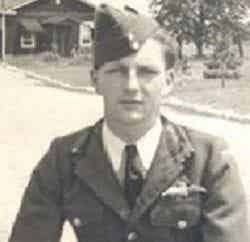 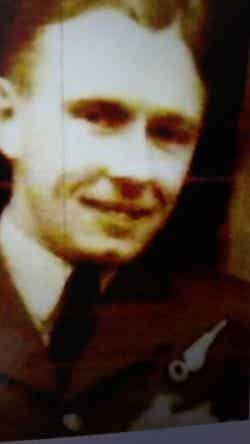 We will tell what we know about the Wellington crew.

William Arthur Fullerton . He was 25 years old and a pilot of the Wellington.

He was the son of Nellie and Williams Fullerton from London and married to Cora Eileen Fullerton also employed by the RAF. They had no children .ullerton had 1 sister Pamela William Fullerton. William was known as a great pilot. He had a strong character and was good at playing the piano. Shortly after his death, his wife remarried.

Until 1982 a short message appeared every year on his birthday in the Daily Telegraph On behalf of his mother and sister.

Already in 1940, William flew as a pilot of a twin-engine Whitley bomber. Later he was transferred to 22 OTU base Wellesbourne Mountford as an instructor. From this base he took off with 13 other aircraft for his last flight on 31 May 1943.

also 25 years old, he was the navigator. He was the son of Evelyn and Leslie Tait, from Ferring in County Sussex. Leonard was born in Canada on February 16, 1917 and he is a younger brother who fell in an air fight over London. Leonard was already stationed at Wellesbourne Mountford base in 1940. He was an instructor there. His fiancee June was also with the RAF, they were married on November 13, 1940. June was pregnant with their son when Leonard died in Dinteloord.

Ronald Malcolm Sanders, was also 25 years old and a sergeant. He was the son of Mildred and Albert Sanders ut Bexley in the county of Kent. He had a younger brother John and a sister Marjorie. John was with the navy [royal navy]

Ronald was employed at the power plant, and immediately after the outbreak of the war, he joined the company. He joined the air force in the hope of becoming a pilot, but a gunman. He has been on missions in Egypt, North Africa and England. In England he was placed at Wellesbourne Mountford and appointed as an instructor. He had thought he would no longer have to make flights over enemy territory, but he was still called for the 1000 Bombers attack. Tragically, his sister, who was also employed, wanted to make an appointment with him just before the mission to see him again. However, the base was totally closed off and not accessible. They have never seen each other again.

Robbert Alfred Armstrong  Was a sergeant and 23 years old, son of Mary and William Armstrong from Toronto Canada. Robert was married and had 1 son born on 11 March 1940 "Bruce Wilfred".

His wife is remarried, we do not know any further information.

John K. Napier  was the radio telegraphist annex board shooter.

We only know about this boy that he was married and that his family members visited his grave in 1946. His family had known for years that he was missing and was only told in 1945 that he had died.